Harrisburg, PA – The Pennsylvania Department of Environmental Protection (DEP) today released the final 2022 Pennsylvania State Water Plan and an interactive online atlas of statewide water resources and use trends to inform leaders’ decision making and educate Pennsylvanians on sustainable use of our lakes, rivers, streams, and groundwater.
“While Pennsylvania is a water-rich state, our water resources are affected by many factors, including the warming climate, increased development, and others,” said DEP Acting Secretary Rich Negrin. “The State Water Plan helps leaders understand how these factors can affect water resources and make planning decisions that protect this precious natural resource for all Pennsylvanians.”
The final 2022 Pennsylvania State Water Plan follows announcement of the draft plan in August and public feedback. The DEP Water Use and Planning Section developed the plan in collaboration with more than 100 water resources professionals who served on a statewide committee and six regional committees.
The plan recommends 100 actions statewide in areas such as floodplain and stormwater management, water withdrawal policy, contaminants of emerging concern, and others.
It also recommends actions tailored to each of six water planning regions across Pennsylvania: the Great Lakes basin and the Upper/Middle Susquehanna, Lower Susquehanna, Potomac, Ohio, and Delaware river basins.
The online water atlas shares data on statewide water use from 2008 to 2020. Overall water use in Pennsylvania decreased 33 percent, as daily withdrawals declined from 7.8 billion to 5.2 billion gallons per day in this time period. Closure of some coal-burning power plants was the primary reason for the decline, followed by reduced water use by some large manufacturers. However, overall water use varied by region, for example, water use ticked up in the Potomac region.
Designed to be not only a planning tool, but also an educational resource, the water atlas provides information on many other factors that may negatively or positively affect the quality and quantity of water resources in Pennsylvania.
Since the 2022 Pennsylvania State Water Plan isn’t regulatory, the next step is educational outreach to inform legislative, government, advocacy, and business leaders on how they may implement the strategies and actions to benefit all members of their communities.
Pennsylvania Act 220 of 2002 requires DEP to develop updates to the State Water Plan every five years.
MEDIA CONTACT: Deb Klenotic, 717-783-9954, dklenotic@pa.gov 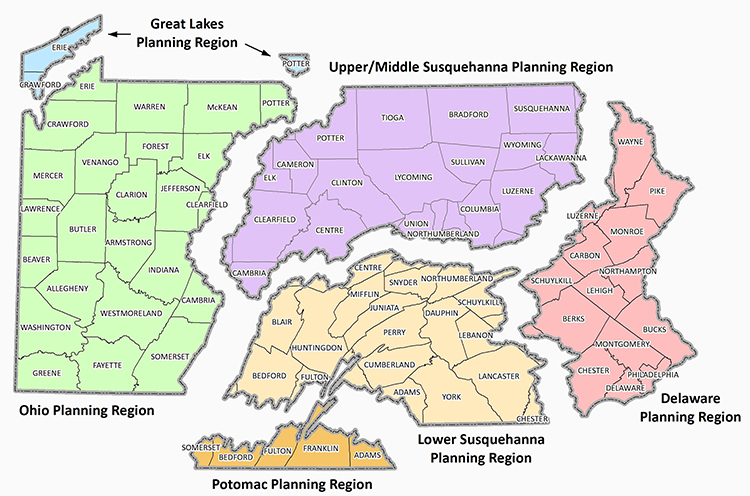 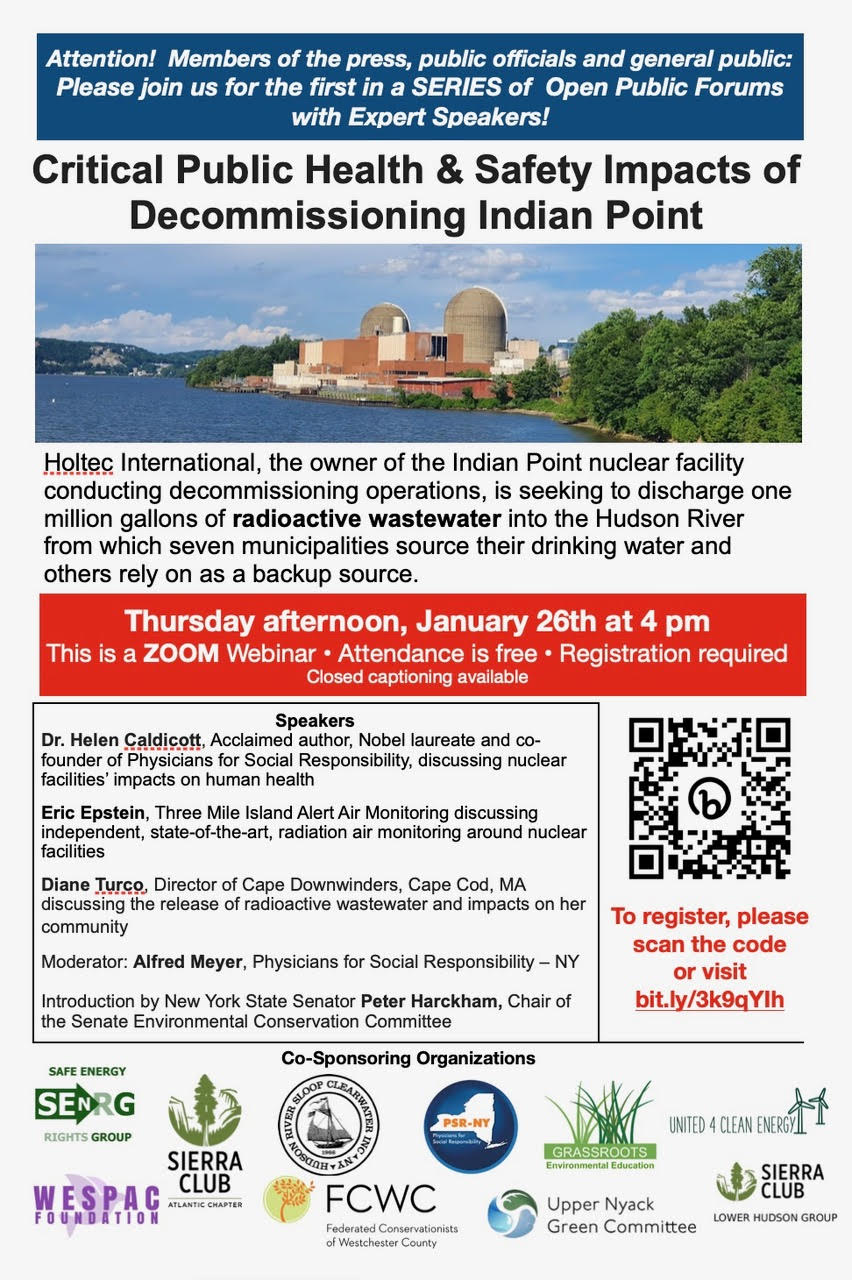 In the event that you are dealing with commercial nuclear reactor license renewal, to 80 years, these documents and presentation s may reveal NRC thinking on the matter.  Posted in ADAMS on January 13, 2023.

License renewal in the United States enables extension of nuclear power plant
operating licenses for an additional 20 years of safe plant operation. This program has been
successful, with 90 percent (84 out of 92 units) of operating United States (U.S.) reactors
holding renewed licenses for operation beyond the original license period of 40 years. This
total includes 78 units with licenses to operate to 60 years, and an additional 6 units that
have received licenses for continued safe operation to 80 years, “subsequent license
renewal” in the U.S. A status of license renewal and subsequent license renewal in the U.S.
is provided, along with a description of several initiatives aimed at enhancing the license
renewal process.
1. Background
In accordance with Section 103c of the Atomic Energy Act (AEA) of 1954, as amended,
nuclear power plants in the United States are licensed to operate for a term not exceeding
40 years, and licenses may be renewed. This original 40-year license term for reactor
licenses was based on economic and antitrust considerations – not on limitations of nuclear
technology.
The U.S. Nuclear Regulatory Commission (NRC’s) regulations related to renewal of
operating licenses for nuclear power plants are provided in Part 54 of Title 10 of the Code of
Federal Regulations (10 CFR) Part 54, “Requirements for Renewal of Operating Licenses for
Nuclear Power Plants” [1]. 10 CFR 54.31(b) specifies that licenses may be renewed for a
specified period not to exceed 20 years, with the renewed license term not to exceed 40
years, just like the original license. In addition, 10 CFR 54.31(d) states that a renewed
license may be subsequently renewed in accordance with all applicable requirements, with
no explicit limit to the number of “subsequent” renewals for each license.
2. Assuring Plant Safety in the First 40 Years of Operation

After more than three decades in business. The owners of transit news — the last remaining news stand in Harrisburg announced they're looking to sell.
When most people think of a newsstand at an airport or train station they think People magazine, Michael Crichton, sodas, peanuts and phone chargers.
Now, add Upton Sinclair, Sylvia Plath and Richard Wright to that list and you've got transit news.
"The old Pittsburgh Airport – they kept two shelves of classics – in the insanity of business travel it was like an Island of sanity," said Transit News owner, Bill Cologie.
Cologie thought if he had the chance that's what he would do. And when he opened Transit News he did – and still does today.
"I contacted some of my friends and said is there any book you would recommend. One guy said Fly Fishing thru mid-life crisis and one suggested one on Scotch Whiskey,” Cologie said.
But sadly, the shelf lives of these books are numbered.
"The rent is too high. We need lower rent in here – new haven't made money in two years,” Cologie said.
Using money from his own pocket, along with PPP loans he managed to make it to this side of the pandemic but now, gone are a lot of the passengers his business depended on.
"State workers from all up and down the railroad down,” Cologie said.
All traveling to and from Harrisburg.
"People who lived in Philly who commuted every day by train and then every place in between,” Cologie said.
And the events that used to draw people to the city.
"Trade Associations used to have workshops and lobbying days and they haven't had workshops here in Harrisburg they all do them on zoom now,” Cologie said.
Another reason for the decision – his only two employees will be leaving soon. And he just can't afford to train new people while paying existing staff.
Without a buyer, Cologie says the store will close at the end of March.
Posted by efmr at 1:00 AM No comments: