The Nuclear Regulatory Commission’s Advisory Committee on Reactor Safeguards has elected Matthew W. Sunseri as Chairman, Joy L. Rempe as Vice Chairman and Walter L. Kirchner as Member-at-Large, effective immediately.
The ACRS, a group of technical experts, advises the Commission independently from the NRC staff on safety issues related to the licensing and operation of nuclear power plants as well as issues of health physics and radiation protection.
The complete listing of the ACRS members and their biographies is located on the ACRS webpage. The confirmed ACRS 2021 full committee meeting schedule is available on the NRC website.
21-002.pdf
Posted by efmr at 10:16 PM No comments:

CONTACT:
Deb Klenotic, DEP
717-783-9954
DEP Lifts Drought Watch or Warning for 20 Counties, Three Counties Remain on Watch
Harrisburg, PA – After a meeting of the Commonwealth Drought Task Force, the Pennsylvania Department of Environmental Protection (DEP) today lifted drought watch or warning for 20 counties, returning them to normal status. Three counties remain on drought watch.
Drought watch or warning has been lifted for Bradford, Cameron, Columbia, Cumberland, Elk, Forest, Jefferson, Juniata, Lycoming, McKean, Montour, Northumberland, Perry, Potter, Snyder, Sullivan, Tioga, Union, Warren, and Wyoming counties.
Centre and Clearfield counties remain on drought watch. Clinton County is also on drought watch, having improved from drought warning conditions.
“We’re getting close. Recent rainfall brought good news for many counties,” said DEP Secretary Patrick McDonnell. “But three counties have a little ways to go to return to normal conditions. We ask all water consumers on drought watch to remain mindful and continue to reduce their water use a modest amount.”
Consumers on drought watch are asked to reduce their individual water use 5-10 percent, or three to six gallons of water per day.
DEP has notified water suppliers in Centre, Clearfield, and Clinton counties of the need to monitor their supplies and update their drought contingency plans as necessary. Varying localized conditions may lead water suppliers or municipalities to ask residents for more stringent conservation actions.
Several public water suppliers in these counties are requiring consumers to reduce their water use or requesting voluntary reductions. Suppliers in a few other counties are still asking for voluntary reductions as water levels recover. Find the list at www.dep.pa.gov/drought.
There are many ways to reduce water use indoors, including:
• Don’t let the faucet run while brushing your teeth or shaving. Shorten the time you let the water run to warm up before showering. Use a bucket to catch the water and reuse it to water your plants.
• Run the dishwasher and washing machine only with full loads.
• Repair household leaks. For example, a leaking toilet can waste up to 200 gallons of water daily.
• Sweep your sidewalk, deck, or driveway, rather than hosing it off.
• Replace older appliances with high-efficiency, front-loading models that use about 30 percent less water and 40-50 percent less energy.
• Install low-flow plumbing fixtures and aerators on faucets.
Find more tips to save water at the U.S. Environmental Protection Agency.
DEP makes drought watch, warning, or emergency declaration recommendations based on four numeric indicators. The agency gets stream flow and groundwater level data from a statewide network of gauges maintained by the U.S. Geological Survey. In addition, DEP monitors precipitation and soil moisture. DEP also factors in information it receives from public water suppliers.
There are normal ranges for all four indicators, and DEP makes its drought status recommendations after assessing the departures from these normal ranges for all indicators for periods of 3-12 months. Declarations are not based on one indicator alone. For details on indicator monitoring, see this fact sheet: Drought Management in Pennsylvania.
DEP shares these data and its recommendations with other state and federal agency personnel who make up the Commonwealth Drought Task Force. Drought watch and warning declarations are determined by DEP, with the concurrence of the task force. Drought emergency declarations follow the same process, with final approval by the Governor.
A drought emergency has not been declared for any county.
The next Drought Task Force meeting will be held on Thursday, January 21, 2021. 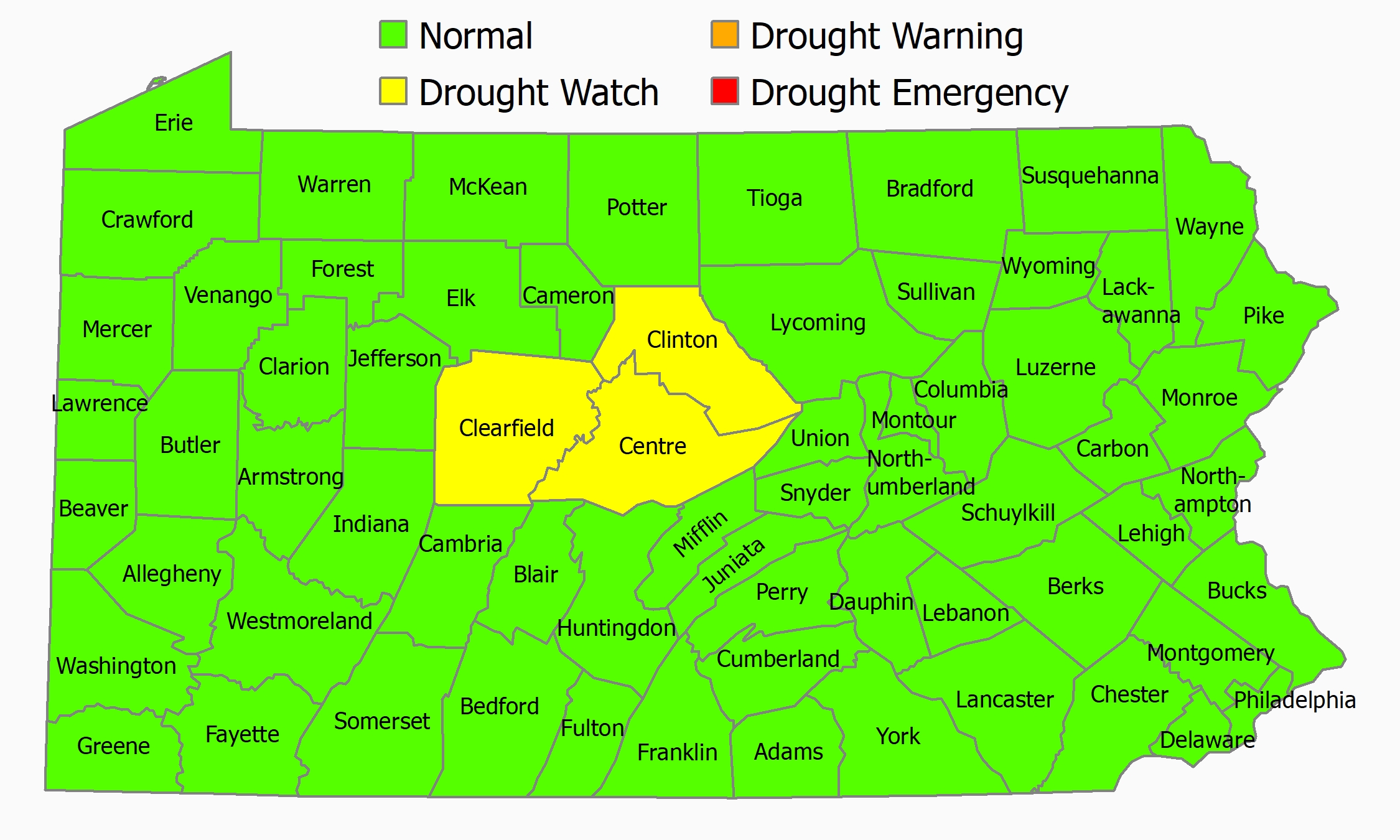 ###
PA DEP news release link: https://www.ahs.dep.pa.gov/NewsRoomPublic/NewsReleases.aspx?id=21909&typeid=1
Posted by efmr at 9:05 AM No comments:

Harrisburg, PA – Three students who won a poster contest are helping the Department of Environmental Protection (DEP) and Department of Health encourage Pennsylvanians to test their home for radon in January, National Radon Action Month. Radon is a naturally occurring radioactive gas that enters homes from the ground and is the second leading cause of lung cancer.
“Because of our geology, Pennsylvania has some of the highest radon gas levels in the country,” said DEP Secretary Patrick McDonnell. “Nearly all homes have radon, and 40 percent of Pennsylvania homes have more radon than the federally recommended guideline. Since you can’t see or smell this gas, doing a simple radon test is one of the practical actions Pennsylvanians can take to keep their home a healthy place.”
“As Pennsylvanians spend more time at home due to the ongoing COVID-19 pandemic, a radon test is yet another effort that individuals can take to keep their homes healthy,” Secretary of Health Dr. Rachel Levine said. “Actions like sanitizing frequently touched surfaces, installing a smoke detector, and purchasing a radon test kit are simple steps to take to protect your home and family’s health.”
DEP coordinated a school poster contest in the fall, inviting students to submit artwork that educates the public about radon. Jocie Wert, a student at Sacred Heart School in Lewistown, Mifflin County, earned first place. Her poster will be entered into a national radon poster contest.
Mohd Iftakhar Murshaed Tarunno, a student at Beverly Hills Middle School in Upper Darby, Delaware County, earned second place. Kylee Jo Ware, a student at North Star Middle School in Stoystown, Somerset County, earned third place. See the three winning posters on the DEP radon website.
Radon gas results from the breakdown of uranium in the ground and enters homes through cracks in the foundation or other openings. A map from the U.S. Environmental Protection Agency (EPA) shows radon levels by county.
Radon tests are available at hardware stores for about $20 and are simple to use, requiring only that the cannister be opened and placed in the basement for a few days, and then mailed to a lab. Alternatively, you can hire a certified radon tester. Although a radon test can be done any time of year, winter is ideal because doors and windows are closed, providing more accurate results. A video on the DEP website provides radon testing instructions.
EPA identifies 4 picocuries of radon per liter of air as a guideline. If a home’s radon level is higher than this, EPA and the U.S. Surgeon General recommend having a radon reduction system, with a pipe and exhaust fan, professionally installed to vent the gas outside. The cost is generally in line with that of other home improvements, such as replacing a water heater.
See the DEP website for list of DEP-certified professional radon testers, mitigators, and laboratories.
Having a radon reduction system installed also makes the sale of a home easier. Pennsylvania law requires anyone selling a home to disclose the results of any known radon testing. The DEP website lists radon testing options for real estate transactions.
For more information, contact the DEP Radon Division:
• Radon hotline: 800-237-2366
• Phone: 717-783-3594
• Email: ra-epbrpenvprt@pa.gov 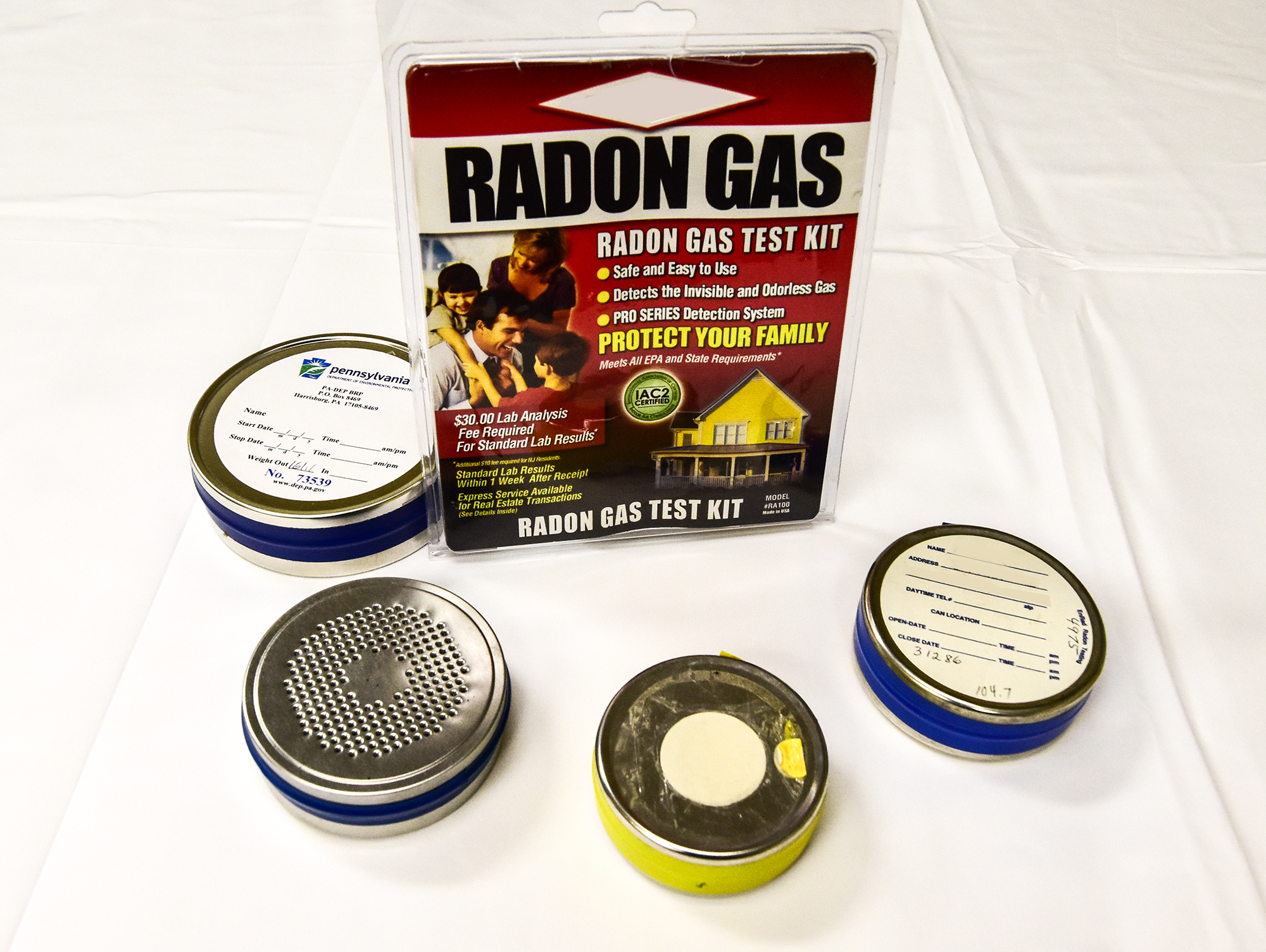 Chairman Kristine Svinicki Announces Her Intent to Depart The NRC

Nuclear Regulatory Commission - News Release
No: 21-001 January 4, 2021
CONTACT: Office of Public Affairs, 301-415-8200
Chairman Kristine Svinicki Announces Her Intent to Depart The NRC
Today, U.S. Nuclear Regulatory Commission Chairman Kristine L. Svinicki announced that she intends to leave the NRC on Jan. 20, 2021. Chairman Svinicki issued the following statement:
“I have greatly cherished the opportunity to serve the nation over the course of my long federal career, including the honor of having been nominated to serve as a Commissioner of the U.S. Nuclear Regulatory Commission by three successive Presidents of the United States – President Bush in 2007, President Obama in 2012, and President Trump in 2017. I am grateful to the many Senators and Congressmen who have worked with me on tough issues over the years and who, agreeing or disagreeing on the substance, acknowledged we were, for the most part, trying to achieve complementary aims. Thank you for your support of the agency’s important work.
“I was humbled when President Trump designated me NRC Chairman on Inauguration Day four years ago. After nine years of service as a Commissioner, I hope I put my prior experience to good effect and that my work as Chairman has fulfilled, in some small measure, the confidence the President expressed in my capabilities in offering me this opportunity to lead.
“It is a rare thing in Washington to have continued so long in a political appointment, and they tell me I am the longest serving member of our Commission in the agency’s history. I am not sure I know how that happened, but I would certainly attribute a fair portion of it to two things. First, I was exceedingly fortunate to serve with such fine fellow Commissioners over the course of the years. I learned a lot from the colleagues that the system happened to send my way. The second thing is something that you would have to have worked here to understand; but the NRC culture, and the people who make it the welcoming and wonderful place it is, are truly unique in government. This includes the small team of advisors I had around me for all these years – each drawn from the existing NRC career staff and all exemplars of the devoted professionals who make up the NRC.
“When I speak to college students and young professionals, I tell them that public service is a calling. If it calls to you, you should heed it and, if you do, you will not regret a single day. As I look back on 30 years of federal service, I know this to be as true as ever. I sincerely wish the women and men of the NRC staff every continued success as they build upon the proud legacy of their predecessors, while transforming the NRC into a modern, risk-informed regulator ready to address the nuclear technologies and challenges of tomorrow.”
21-001.pdf
Posted by efmr at 3:13 AM No comments: