Release of La Crosse and Zion sites for unrestricted use delayed until 2022
Mon, Sep 13, 2021, 8:00PMRadwaste Solutions 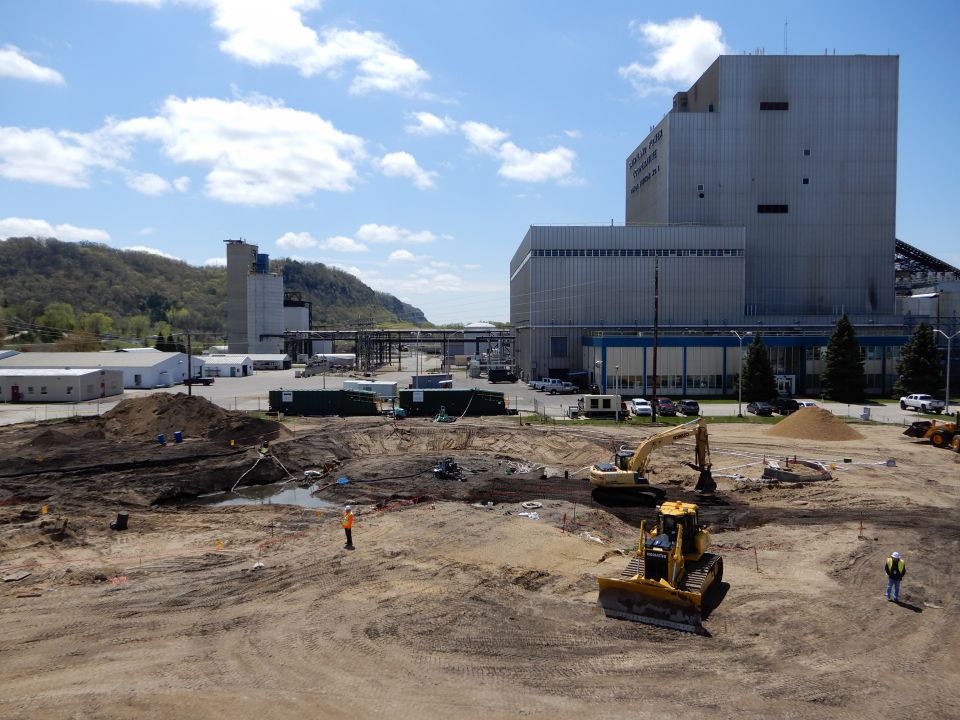 The La Crosse site in 2019 with major decommissioning completed. The coal-fired Genoa plant is in the background. (Photo: EnergySolutions)
The Nuclear Regulatory Commission has extended its orders transferring the licenses for the La Crosse and Zion nuclear power plants from EnergySolutions back to the plant owners until late 2022. This is the third time the NRC has extended the effectiveness of the license transfer orders for the decommissioned plants since approving them in 2019.
EnergySolutions, which took over the licenses for the Zion plant in Illinois and the La Crosse boiling water reactor in Wisconsin for expedited decommissioning, requested the 12-month extensions as it works to respond to requests from the NRC for additional information regarding the final status survey reports (FSSRs) for the two sites. The NRC issued the extension orders for La Crosse and Zion on August 30 and published notice in the September 7 Federal Register.
LaCrosse: EnergySolutions subsidiary LaCrosseSolutions acquired the La Crosse site license from the Dairyland Power Cooperative in 2016. On November 12, 2019, the company announced that it had completed the physical work of decommissioning the plant, which was shut down in 1987 and had already been partially decommissioned.
By a September 2019 order, the NRC consented to the transfer of the La Crosse license back to Dairyland Power. Unless good cause could be shown for extending it, the NRC order was to become null and void if the license transfer was not completed within one year.
LaCrosseSolutions twice applied to the NRC to extend the order’s September 2020 expiration date for an additional six months, first in June 2020 and again in February 2021. The NRC approved both extensions.
In August this year, the company again requested that the order be extended, this time for an additional 12 months, to September 2022. In requesting the extension, LaCrosseSolutions noted that NRC staff is continuing to review the site’s FSSRs. “Based on the current status of the NRC review, it is anticipated that additional time will be needed to address any questions or potential issues identified by the NRC during review of the responses to the request for additional information and the revised FSSRs,” the company said.
Zion: Similarly, EnergySolutions subsidiary ZionSolutions requested in August that the transfer of Zion’s license back to Exelon Generation be extended by 12 months, after previously being granted two six-month extensions, one in October 2020 and the other in May 2021. The NRC first approved the transfer order in November 2019, following ZionSolutions’ completion of the majority of decommissioning work at Zion.
ZionSolutions, in requesting the extension, likewise noted that more time was needed to respond to NRC staff requests for information regarding the site’s FSSRs. “The extension provides the NRC staff with additional time to assess the responses provided by ZionSolutions and make a final determination regarding the release of land for unrestricted use,” the company said.
On August 19, the NRC sent ZionSolutions a 38-page letter with 11 requests for additional information regarding radiological conditions at the Zion site.
Posted by efmr at 9:50 PM No comments:

"At 1055 EDT on 9/10/21, an employee of a site contractor that was performing work under a contract and in possession of the immediate area where the work was being performed, was involved in a material handling accident in the owner controlled area at Three Mile Island. Londonderry Township EMS and Fire responded to render assistance to the individual. Upon arrival to the site, medical personnel declared the individual deceased.

"The fatality was work related and the individual was outside of the Radiological Controlled Area."
Posted by efmr at 9:35 PM No comments:

The Pennsylvania Department of Health is distributing free potassium iodide (KI) capsules to residents living within a ten-mile radius of the state’s four active nuclear power plants. Potassium Iodide tablets are set to be distributed to individuals living near the Limerick Generating Station, Peach Bottom Atomic Power Station, Susquehanna Steam Electric Station, and the Beaver Valley Power Station. Potassium Iodide is useful in helping protect the thyroid gland against radioactive iodine that may be in the environment. Residents can receive their tablets by visiting a distribution center or contacting the Department of Health at 1-877-PA-Health.