A French utility conglomerate is proving an impediment to Exelon's desire for quick approval of plans to separate its nukes from its regulated utilities. 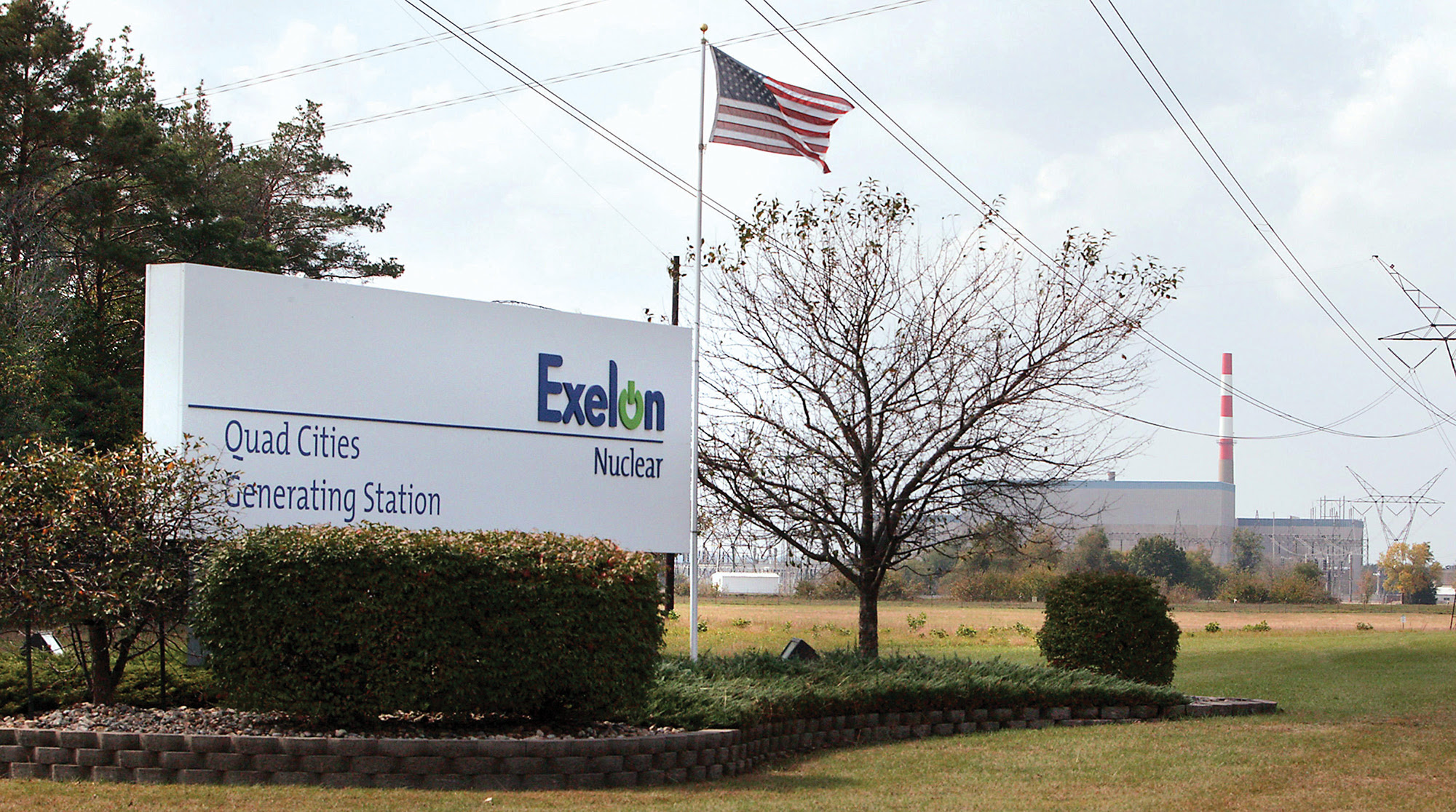 Alamy
Exelon’s petition to New York state to fast-track review of its proposed spinoff of its nuclear plants and other unregulated businesses has run into opposition from its own corporate partner.

French utility conglomerate EDF, which co-owns three of Exelon’s nukes including two in New York, yesterday filed with state regulators to reject Exelon’s request to approve the separation of its regulated and unregulated businesses without undergoing a normally required full-blown review. EDF said it feared that a nuclear power business without the backing of Exelon’s more financially stable regulated utilities could subject it to unforeseen costs.

“The proposed spin transaction would result in a transfer of risks to EDF Inc. and to New York’s captive ratepayers,” EDF wrote in its filing before the New York Public Service Commission. “(Exelon’s) petition does not adequately address this transfer of risks. As such, the commission should conduct a full review of the proposed spin transaction.”

Most of the regulatory approvals Exelon needs to separate its two main businesses are at the federal level. New York is the only state of several affected, including Illinois, that also has oversight over this process and whose consent is required. New York’s agreement to curtail review is critical to Exelon’s hoped-for timing of the spinoff, which is late this year or early next.

Details thus far have been scant, however. Exelon in February announced plans to separate the businesses, something investors were clamoring for since regulated utilities are valued far more highly in today’s environment than are power plants subject to market forces. More than three months later, we still don’t know the management and boards of the two companies, how much debt each will carry and other basic information.

EDF wrote that the public interest demands a full-blown review “given that (Exelon) propose(s) an unformed entity of indeterminate financial condition to be the new parent owner of the facilities. The petitioners argue that (Exelon Generation’s) 'financial wherewithal and strength will continue to be strong operating as a direct subsidiary of a new, independent, publicly traded holding company post-transaction,' but they base this almost exclusively on their own projections regarding ExGen’s condition and not that of the yet-to-be-created (spinoff).”

EDF’s motives are complicated, though. It is seeking to exit the partnership in which it holds a 49.99 percent interest in Exelon’s R.E. Ginna and Nine Mile Point nukes in New York, as well as the Calvert Cliffs nuke in Maryland. The two parties are at odds over the valuation of the three nukes, and the process has been slow since EDF sought to cash out in late 2019.

The partnership gives EDF the right to exit and be paid market value for its stake. But if the two sides can’t agree, under the deal, then the dispute goes to an arbitrator. Neither Exelon nor EDF have been willing thus far to roll the dice with a third party.

EDF can use the threat of delay to put pressure on Exelon to increase what it’s willing to pay the conglomerate to go away.

“We continue to believe that our petition to separate the New York nuclear plants from Exelon meets the New York Public Service Commission’s standard of being in the public interest and we hope to achieve approval by the end of the year,” Exelon said in an email. “At the same time, we are following a contractual process to acquire EDF’s stake in the plants that is expected to conclude in the second half of 2021. The transaction with EDF is a separate matter and should have no bearing on the Commission’s consideration of our plan to separate the generation business.”

EDF in its filing said there’s no guarantee of an agreement with Exelon this year.

New York has been faced with a similar request before. New Orleans-based Entergy proposed more than a decade ago to spin off its substantial nuclear division, which included plants in New York. The state denied the request, scotching the deal.

Since then, New York Gov. Andrew Cuomo has won approval of substantial subsidies to keep open several nukes, including three operated by Exelon. Analysts generally have taken the view that a repeat of the Entergy drama isn’t likely with Exelon’s spinoff.

But, as regulators have proved many times before in complex financial dealings involving energy assets, they are a wild card. EDF’s move may demonstrate there’s more risk in New York to Exelon’s plans than investors previously appreciated.